NiteFaelm - In this text based RPG we play a role, for Prepares itself to Survive, face Disasters, Chaos,Global War, and the threat of Enemies in the End times Era'. 2021-2029 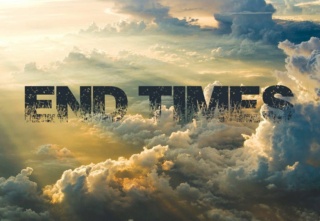 This is important information from me, and specifically my writing and this direction. I aim as a guide for the global civil society at the end endtimes in this era's. 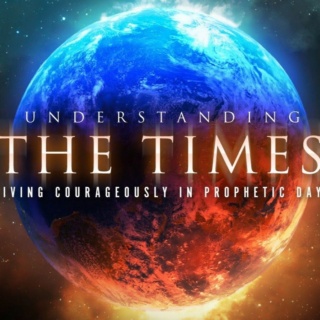 I think you all start to have to think about what you most need to survive yourself “in this year and beyond, at the end times on this era’s “. I have thought that I spend too much of my life with routine material and social activities both in real life and on social media, and discussing and commenting on things that actually will continue to revolve around the liner, be it news or information. Especially dealing with regional political issues and political policies that are clearly wrong, and operate in a broken system. So what else do we need to comment on. What we should do is carry out rebelnation, and revolution, restore government systems in all countries to re-apply God’s Laws properly. And that’s our only way to save us from the wrath of God, to the dissidents who lead our country, which they arrogantly reject and disobey God’s teachings, laws and regulations. We already know the truth enough that there is a global conspiracy that is clearly visible in both our eyes. That the Globalists, mobilized technocrates, billionaires, and aristocratic / Jewish elites, as well as agents of their institutions, such as the World Bank, BIS, UN, IMF and other organizations to manipulate, control and enslave all of us, the civil society. Global. And all the rulers of Tirannny, and their supporting parties, and the elites in the parliament as well as FB, CIA, NSA and all media and medical industries, all have been controlled by them, and many scientists and politicians, public figures and businessmen,Law enforcement officers, academics and experts, and security forces. have been trapped Or have become their puppets and mediators. Including puppet government in your country!!!


Thousands of times I have said that the secular system (man-made system) be it democratic, socialist, liberal, capitalist, moderate, communist, fascist, presidential, republican and nationalist. All of that is part of their design to keep you away from God’s system of rules, teachings and Laws.


And the roots of this beast satanic system, which they integrate and control in each country, are rooted in the great satanic system (mind system) of these Globalists, who instructs these Globalists, and as the brain designer, is none other than the Evil/lucifer. Which mobilizes his subordinates, namely the satanic leaders to teach these Globalists how to manipulate evil through the system. In order to enslave, and mislead people, until finally they are sacrificed in the conspiracy of devils and devils and infidel and unjust rulers. So that they all become victims and followers of the devil who will inhabit hell, as a result of them committing sins, crimes, and corruption, and selling their faith for money, wealth, power, position. Until they are completely lost.
So the only way is, with us together (the Global civil society) to destroy the whole secular system in your country, and overthrow the rulers, and the puppet goverment in your country. including their party, and their agents in parliament . Also the technocrats and businessmen as well as the Jewish elites behind them, who also fund & realize their evil agenda.


It is clear that there will be insurgency movements everywhere, especially after the global economy collapse. The new world community will realize that all this time, they have been tricked and tricked and manipulated by the Globalists, through their bankers’ agents, the world bank, and stupidly, the leaders of the countries in your country are willing to sign an interest-bearing loan agreement, to They. Whose interest is multiplied every year. This system is a tool for the prosperity of capitalism, and causes other countries to experience economic decline and further, so that they experience serious economic problems, which are critical and affect social and national stability. Until the country experienced inflation, until chaos broke out everywhere and the crime rate and poverty then rose sharply. Then there are wars, conflicts, deaths from malnutrition and disease outbreaks, and economic mobility finally stops and many deaths occur. We are at the peak of that statistic, where the Globalists have inflated their dollar system. Whereas all this time we have been deceived and lied to by them, in fact, they are every minute copying/printing dollar banknotes and no longer adhering to the laws and regulations that they made before. They do a lot of copying and money laundering. The value of the money they spend is no longer proportional to the amount of gold and silver they keep in their worldbank safe bunker. Nor is the amount they hold in the countries where their physical assets are held. The amount is also small, not comparable to the paper money in circulation!!! This means that so far we only use money that no longer has intrinsic and fiscal value. This money has no physical form anymore. This. Only blank paper that is duplicated for cult as if the paper has value. You all have been tricked by their system. !!!! Then I say.. burn all your money.!!! Because this transaction tool is already illegal and there are many crimes in it.


So that’s what I say to you, that from now on you can’t depend on or be enslaved by the magic of paper money (their monetary game of Antichrist / Antichrist). Otherwise you will be enslaved in misguidance and evil by them. You will become two persons, that is, those who are blinded by greed to sell their faith, or you will become the milk animals of those who experience torment and suffering where you are forced to work hard every day to fulfill their coffers of money and pleasure. And you lose your time to fill spiritual needs, ties of love with family and carry out humanitarian and divine missions. Because every day you are taught to chase their money system games. Until your time is wasted and drained, until your psychological and health side is disturbed.


It’s time now for you to switch to living like al Ghuroba/survivalists in this end of time, according to what God wants you to do, to undergo a big test in this end of time, besides calamity and disaster, there is also a big test, namely… is to undermine the influence and power of God’s dissidents In this case, these disbelievers and oppressors go through their agendas and systems. We must be brave to face them.
And you have to live like a survivalist from now on. Collect gold and silver pieces or jewelry if you are currently financially sufficient. Don’t get the gold from the bank, what else with the logo of their mining company. It will be useful when you carry out transactions when the great reset and global chaos occurs due to the global economic collapse.


And please help our brothers and sisters who are suffering from hunger and hardship according to your ability.
And for the poor. You can start living in remote villages or at the foot of mountains far away in settlements, you can start farming, raising livestock, gardening, and practicing your hunting skills. As well as your skills in carpentry and all wild survival abilities. And make sure the place you live in has a supply of clean water, plant seeds and sufficient food for the next 5 years.


Right now all I do is observe the global situation, both through news and social media. After I thought about it, I had a plan to migrate to an area far away from the nuclear zone, and safe from a cataclysm. And has a good climate, unspoiled, and remote, also there are still many biomes that can support life, and lucky if there is also a secret bunker. But right now, I’m more busy with my time to worship and start paying in installments to read the important books that I collect, and I hope you guys are like that too. From now on you have to learn the skills of reading & understanding quickly a reading book, with any method to understand knowledge quickly. Atupun read the essence of reading that is important only. And I keep nearly 10,000 important books, digitally. There are religious books, various knowledge and technology, social culture and history, basic skills and skills, skills to increase self-potential, as well as healing motivation, regarding end-time science and survivalist books, including how to live and survive in nature. And all that I can read offline, with a notebook. Who uses a charger battery using solar panel energy, wind, rotor, electricity, accu and water.


And I want the best for all of you, and for me.. whoever is a believer who they obey and follow God’s teachings and laws with full confidence and try to enforce them as well as possible. They are brothers to me. While those who prefer to compromise with the Ruler system (man-made system) which is deliberately designed to keep people from running the system according to the rule of law and God’s instructions. They are to me another group and misguided followers who are followers of unbelievers and tyrants who they have followed Satan and become slaves of the devil/lucifer and his lusts. And they will be a group of followers of the Antichrist / Dajjal. With the Globalists and their puppet government.


Oh yaa..I forgot to tell you who I am, my name is Al- Ardhi (the king Khalifah/caliph) my kuniyah name is naimurun shahroon.
May Allah ta’ala / God almighty bring us together later in the struggle to uphold the Law God / Allah at the End of time. 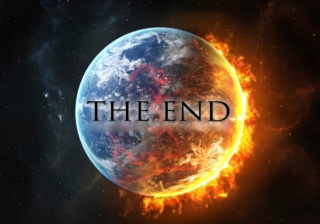 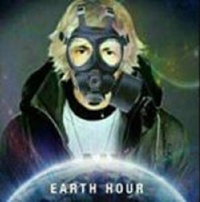 privacy_tip Permissions in this forum:
Anda tidak dapat menjawab topik
news me
Map for Explore All:
<